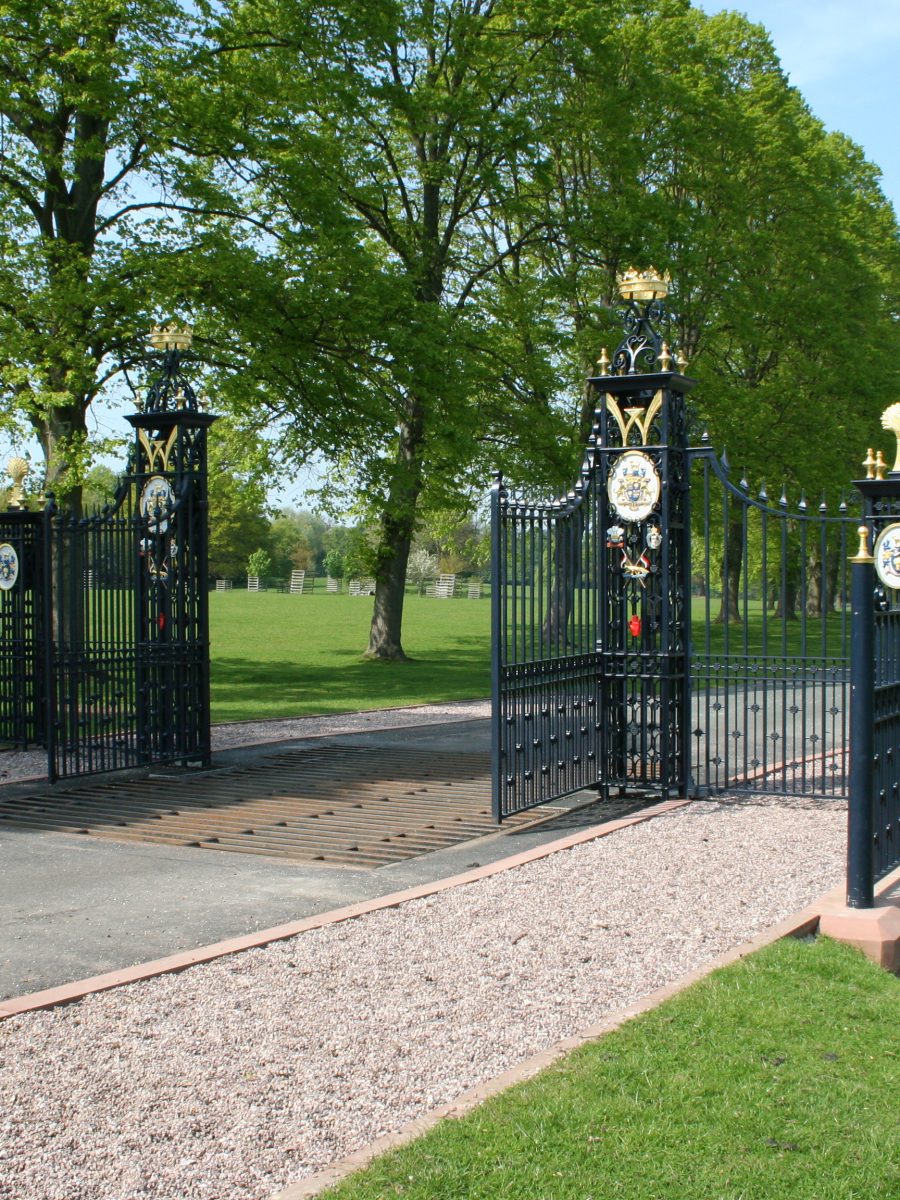 The commission was for a set of gates to commemorate the client’s birthday, to be of the very best. The budget was based upon the use of puddled wrought iron with all traditional methods of construction. We rather wanted to make something fun and colourful, and the opportunity came in the form of the numerous gilded heraldic and regimental crests which really stand out from the deep blue of the rest of the metalwork. There is some great forging by the company’s smiths, notably Arek, Barry and Baptiste along with Olly, Dave, Andy and Phil. The designers Bethan and Chris gave them a few challenges, given that the brief was for traditional forge-welded components, and some of these were really not easy to make. Bethan’s emerging style can be seen in the rather unusual massive but tapering top rails.

An unusual technique, sometimes seen in work of the eighteenth century, which we had been itching to use on new work for ages, was to make the joints on the really delicate work by casting in situ, lead rosettes. We had never used cast iron moulds for casting lead before but found that they work really well. Of nearly three hundred rosettes, nearly all are Lancashire Roses, as called for by the client’s brief, but the work was after all made in Yorkshire.

Thanks are due to Julia Meredith for the patterns for magnificent wheat sheaves, our friends at Leander Architectural for their long suffering and short turnaround on the plaques, and as usual to David McGregor and Rob Collin of Smith & Co for the patterns and the iron castings.

A birthday is an unmissable deadline, but by putting everyone in the workshop on the one job for over a month, we made it, in the end with a week to spare, helped no end by Chris misinterpreting the calendar and urging everyone to finish for an erroneous date which turned out to be a week early! Have to try that again next time! 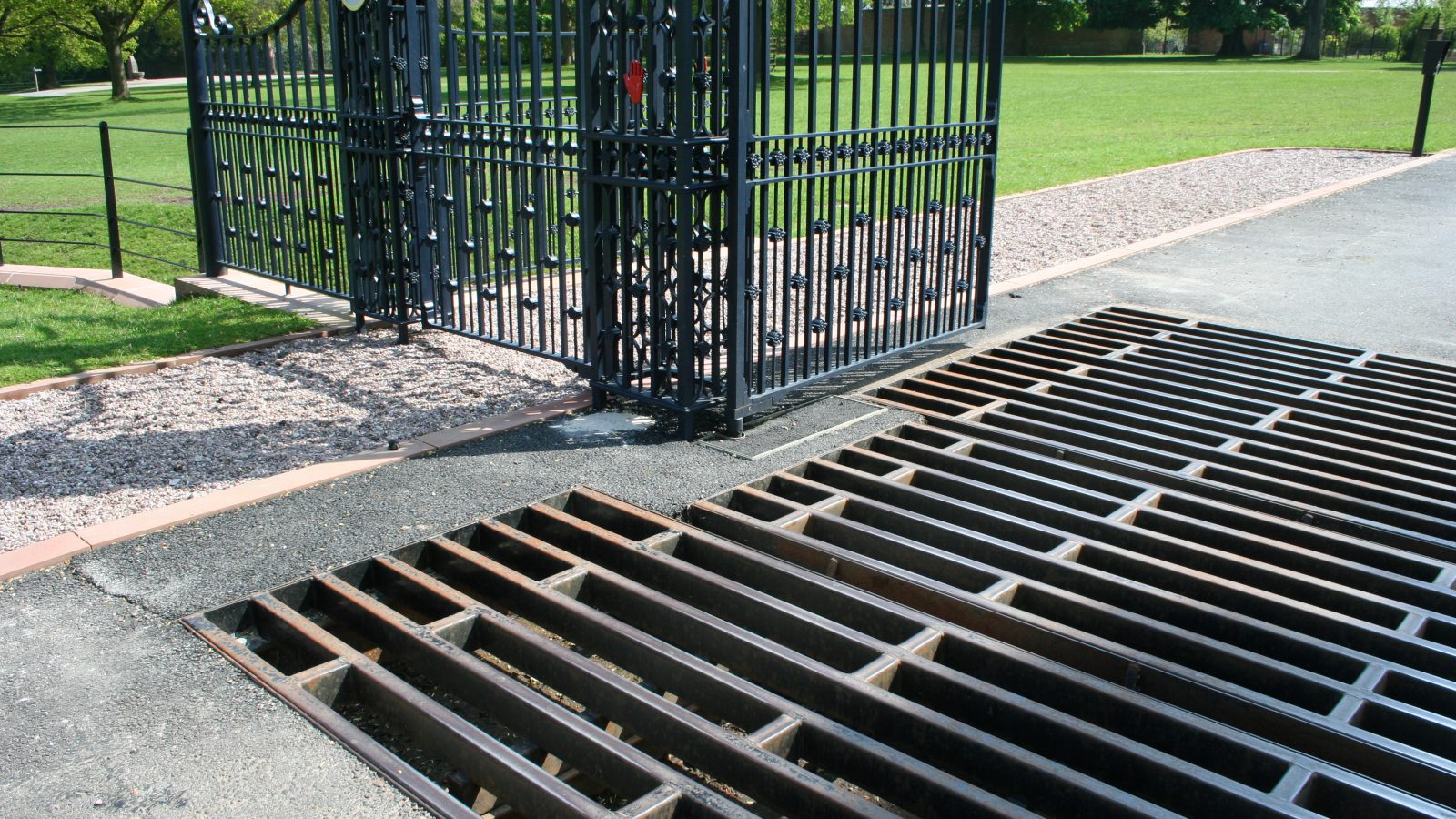 Work included: a pair of carriage gates hinged from two large iron piers with two pedestrian gates and smaller pier either side. Four short railing panels, one from each pier, protect the cattle grid and ha ha. Wing railings terminate with cast post. All piers are rectangular in section.

Made in puddled wrought iron, cast iron and lead roses and cast bronze crests and insignia. The main piers surmounted by coronets and side piers by cast iron wheat sheafâ€™s. 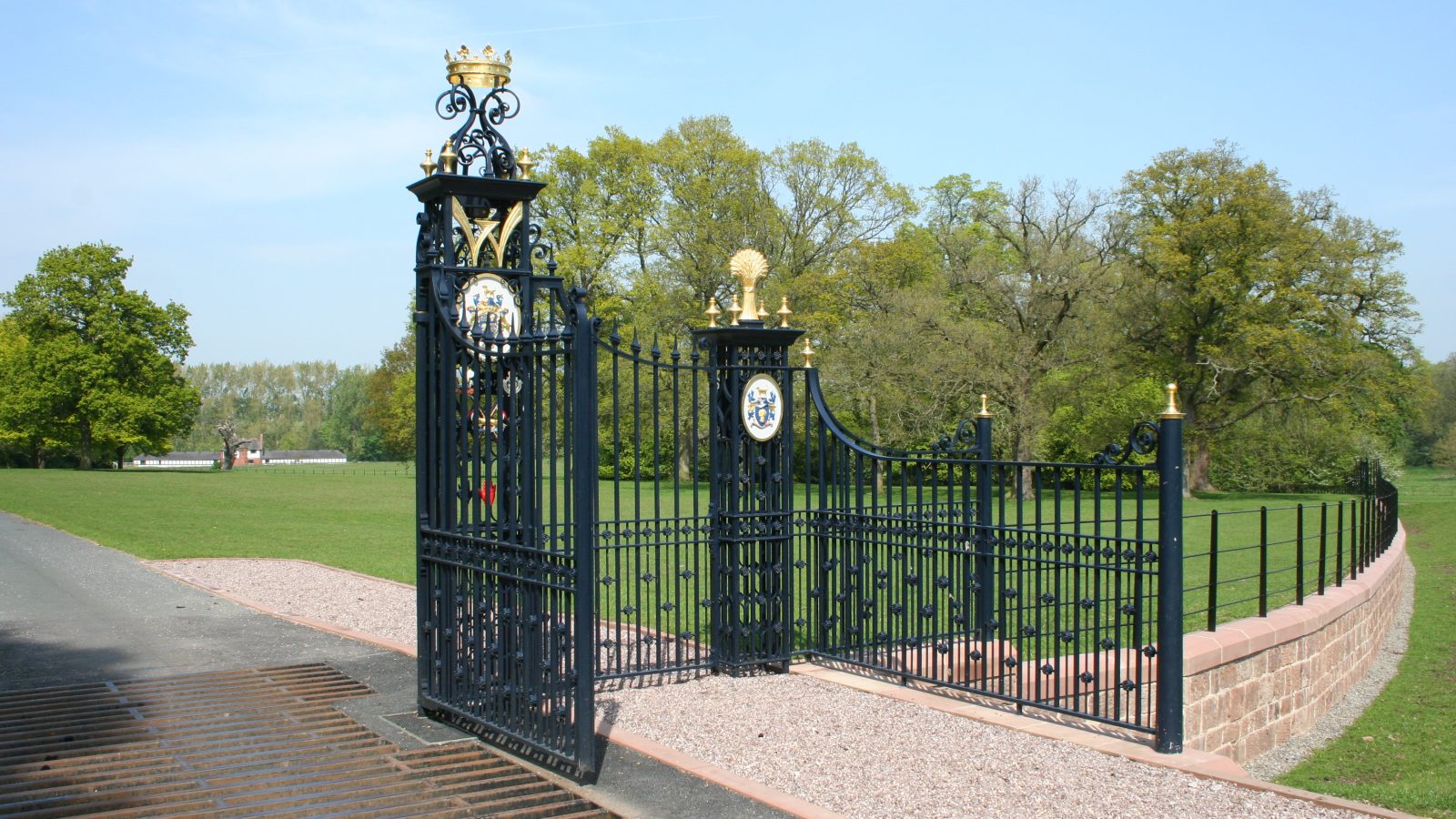 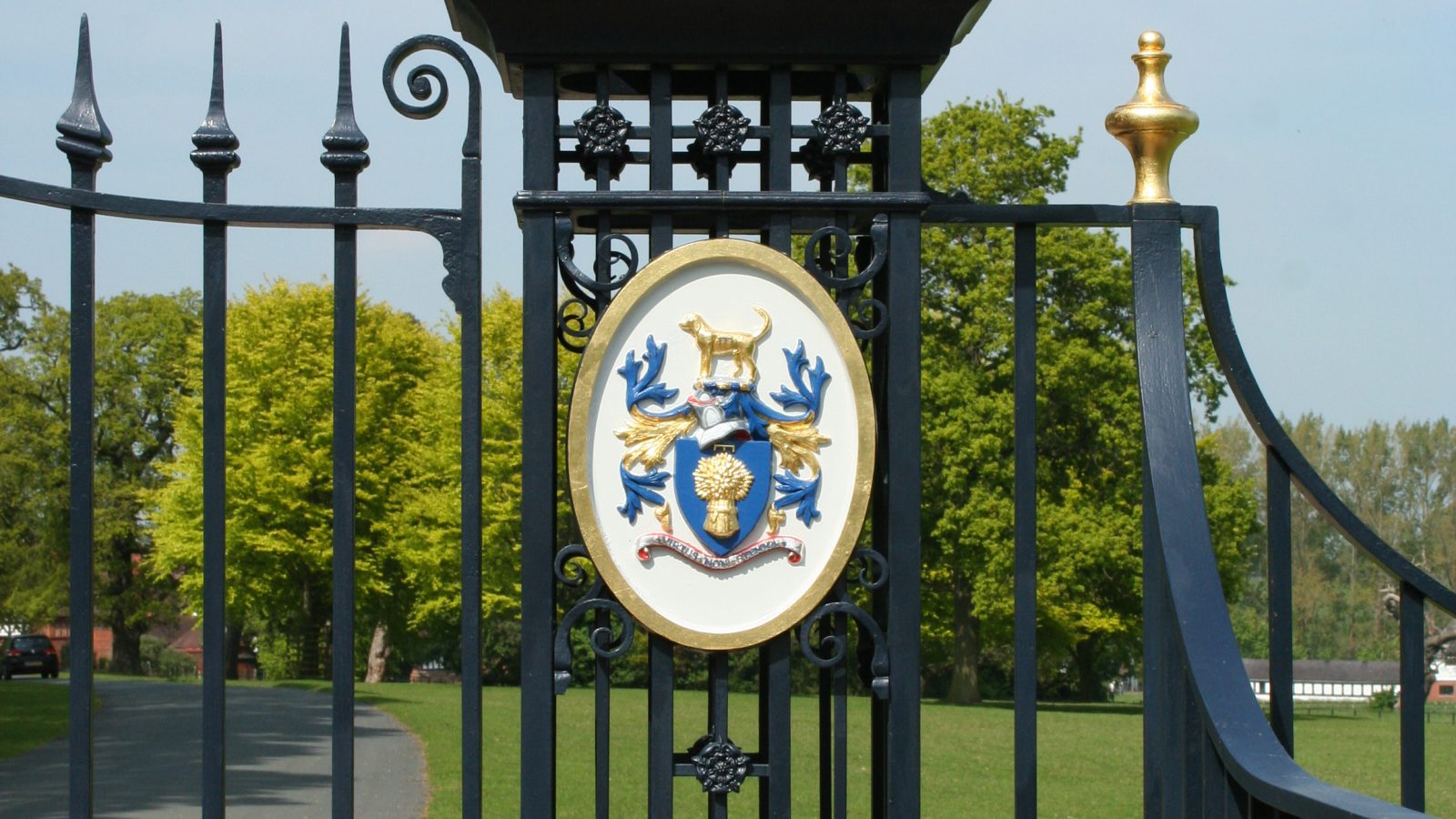 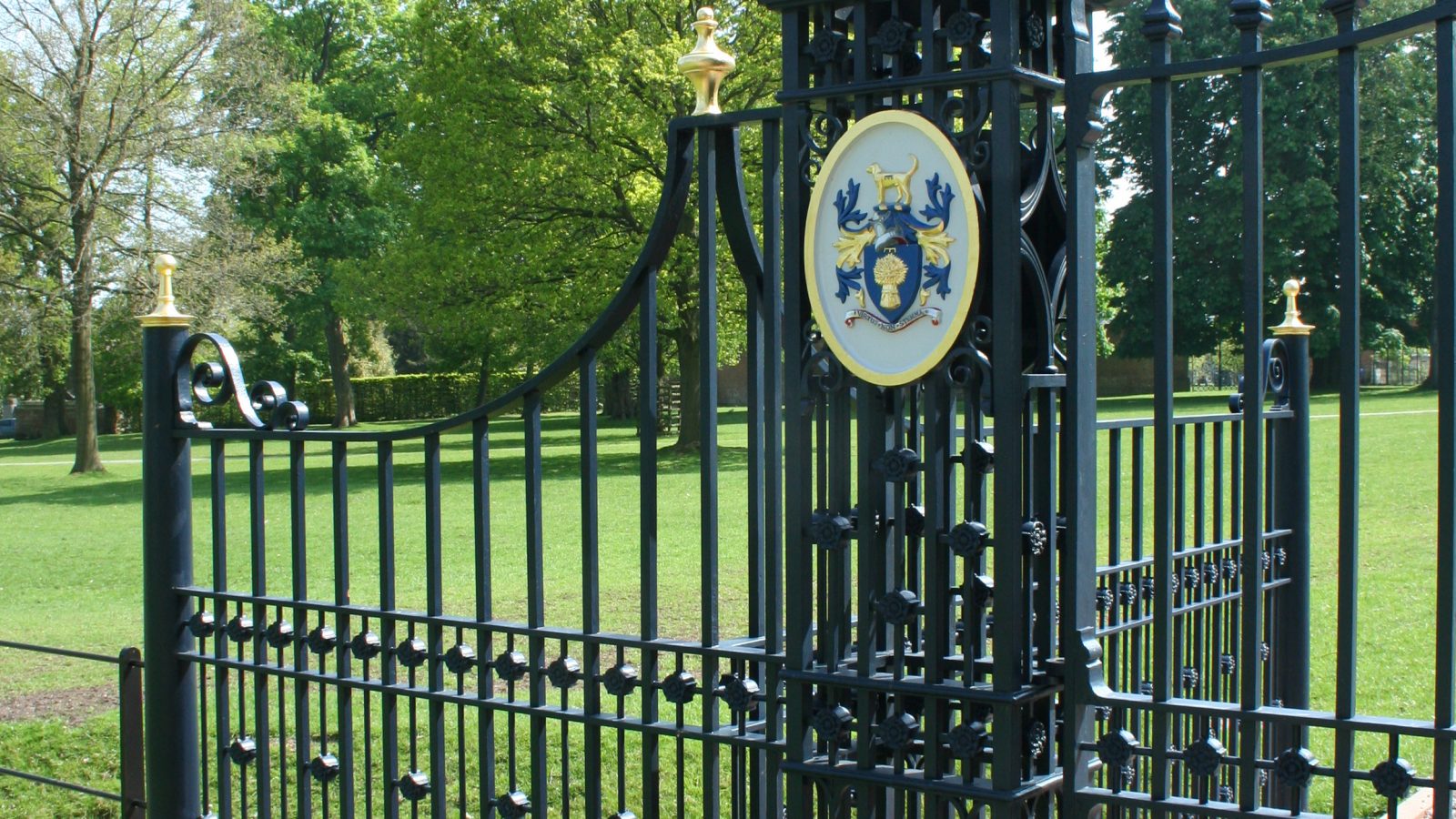 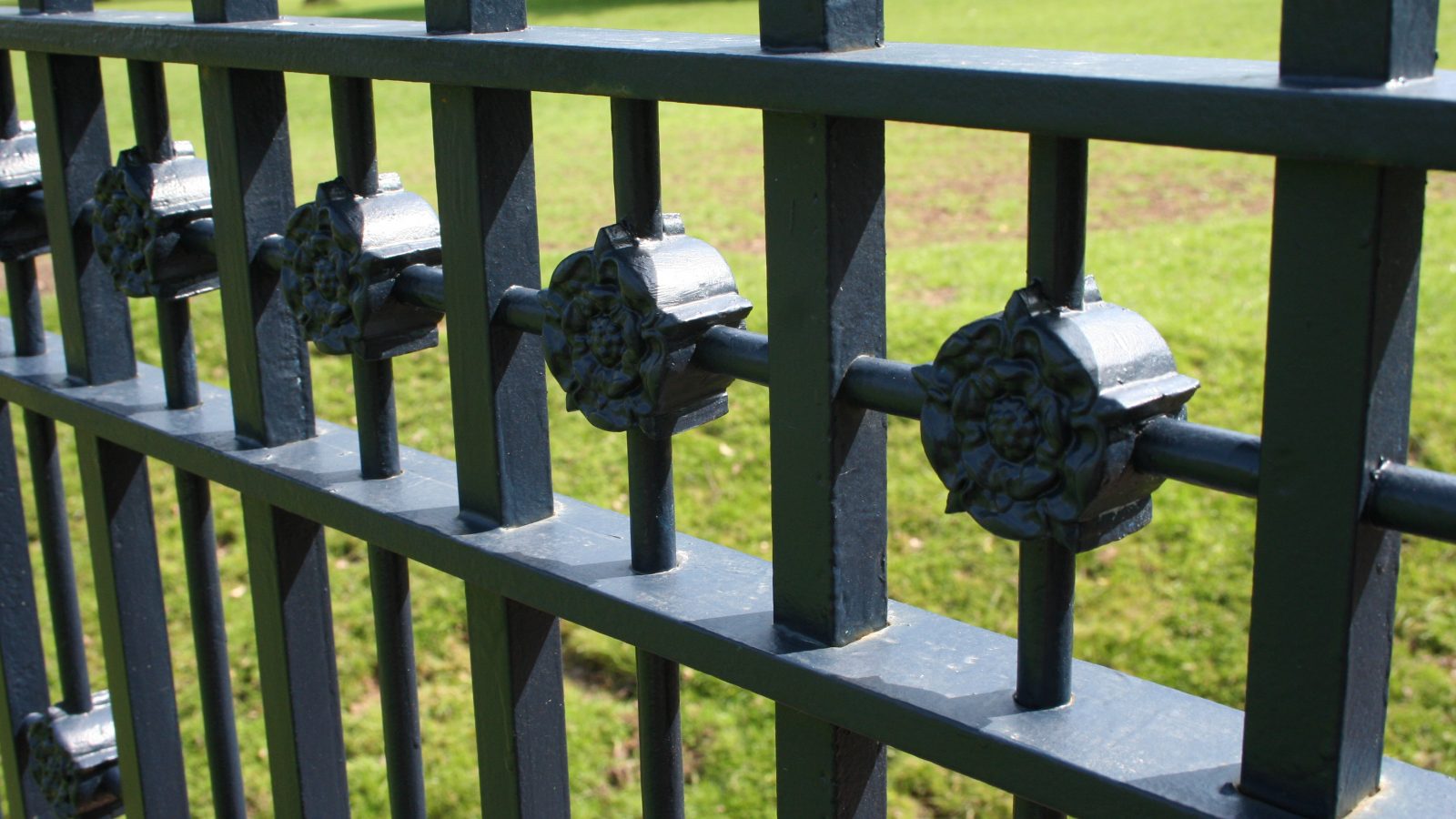 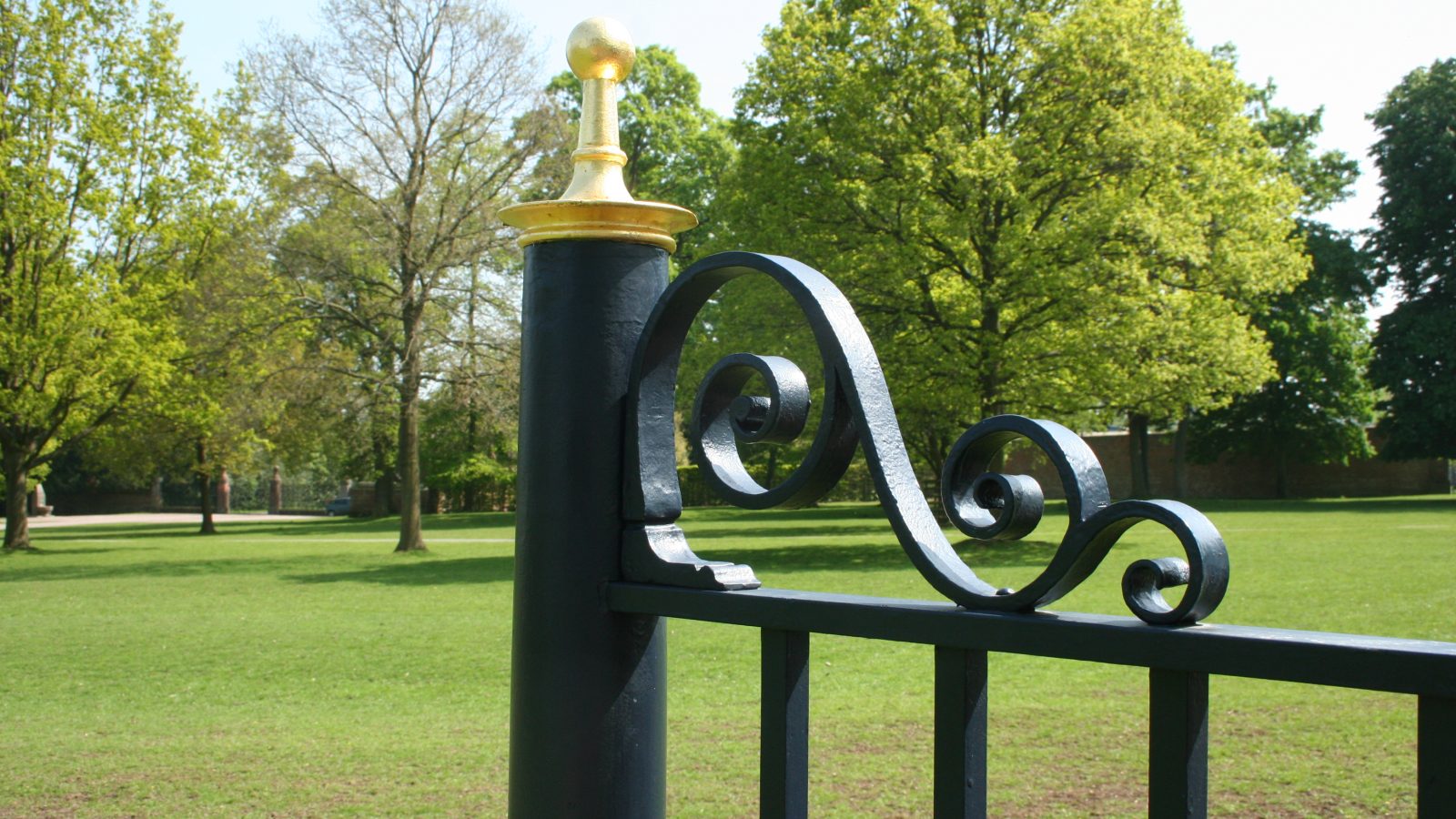 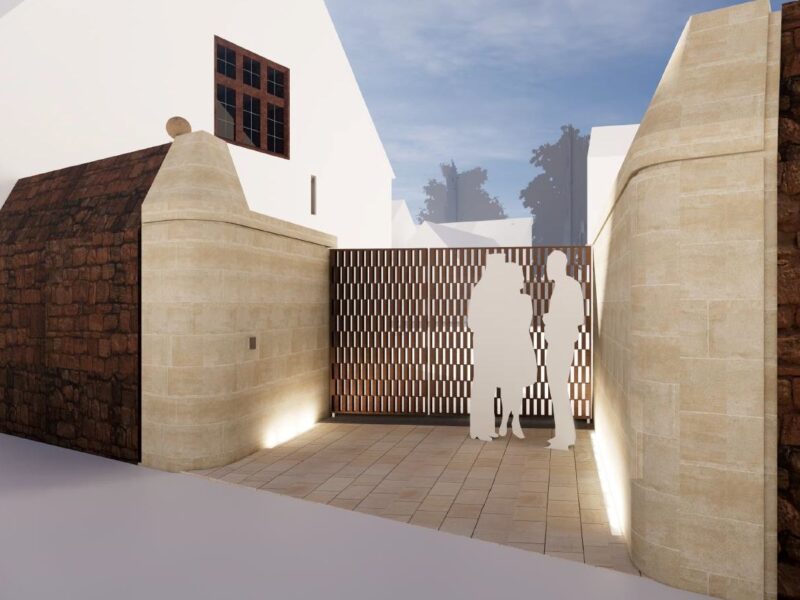 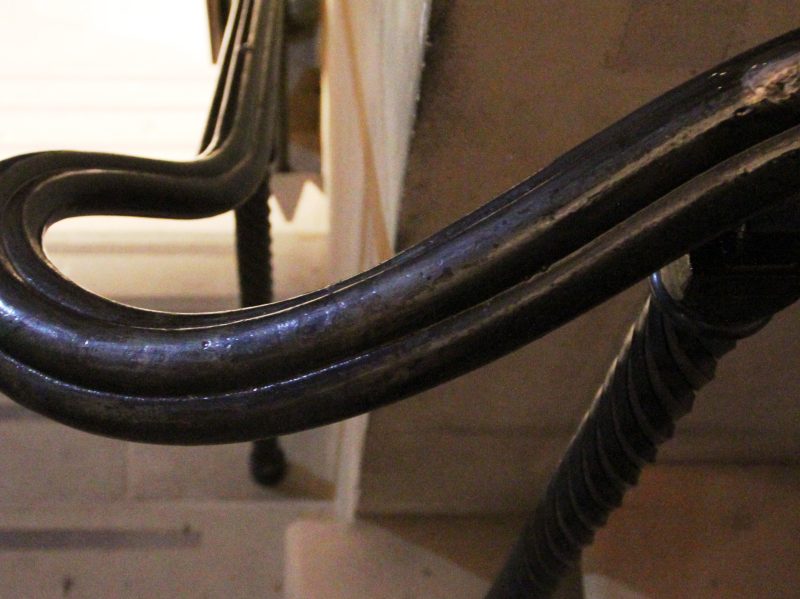 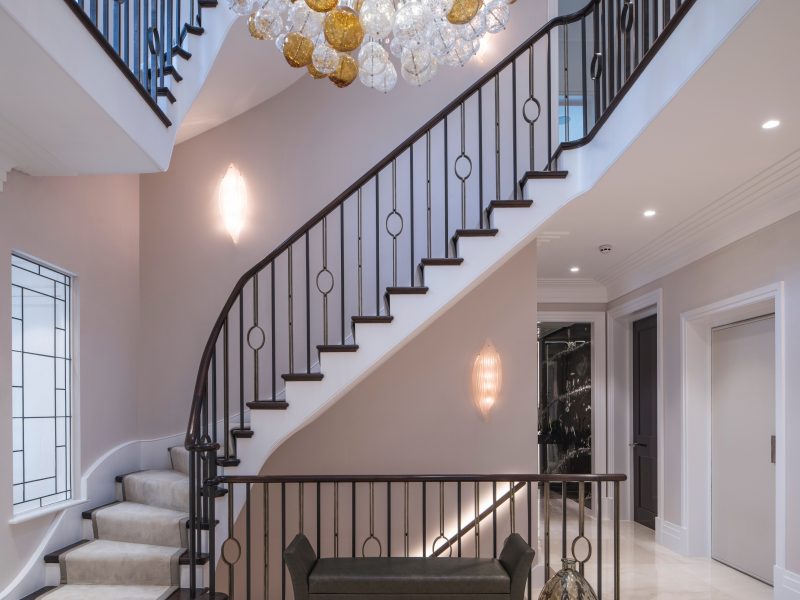